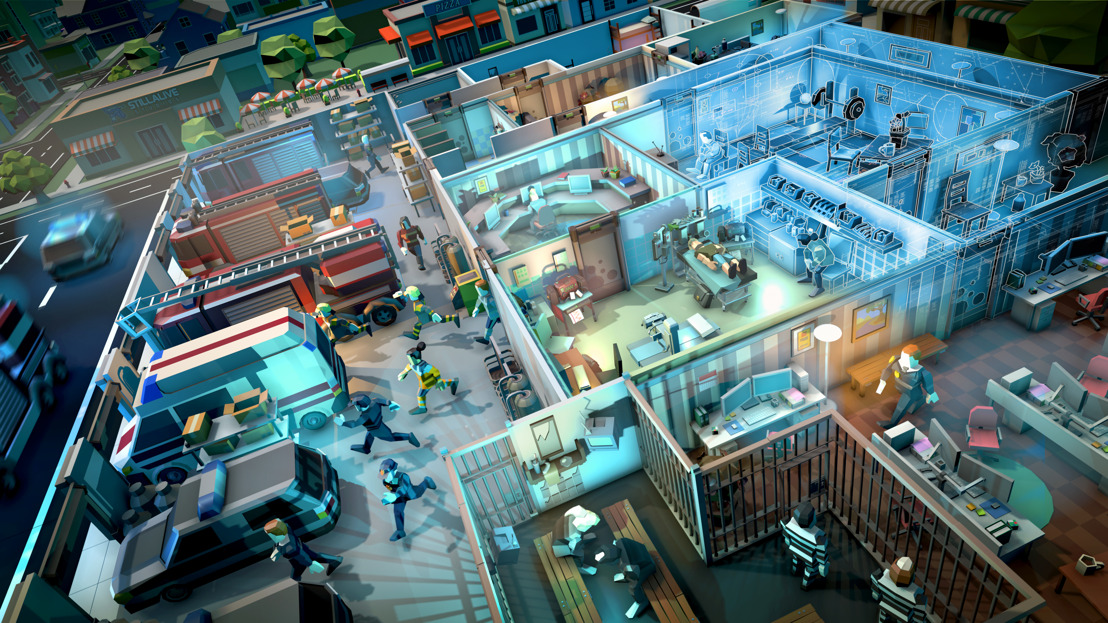 Paderborn, Germany, September 29, 2021 | Safety for all citizens - that is the top priority in Rescue HQ - The Tycoon by Aerosoft and stillalive studios, which will be released on Thursday, October 14, on PlayStation 4 (29.95 EUR or 29.99 EUR as boxed version) and Microsoft Xbox One (29.95 EUR). As the manager of a headquarters with the departments of police, firefighters and ambulance, players seek their headquarters in order to master numerous challenges with limited time and cash. To succeed you need an effective personnel and resource management: the task forces need to be adequately equipped to respond to unforeseen emergencies such as forest fires and radioactive accidents, or to carry out special operations such as police raids. And there are all sorts of equipment and emergency vehicles such as protective suits, radiology stations, SWAT trucks and helicopters. These can be deployed anywhere in the station not only in the extensive campaign, but also in freeplay mode.

One of the most important innovations in the console version of Rescue HQ - The Tycoon is a completely new user interface, which has been designed specifically for console players. Likewise, the controls have been adapted and optimized for game pads. In addition, the DLC Rescue HQ - Coastguard with a new map, a new story mission and a completely new department including vehicles, facilities and equipment is part of the console version. It has players to protect their city not only on land, but also on water in various scenarios like sailing regattas, failed dives or tracking down smugglers.

"Rescue HQ gives players a lot of different options for building a guard with the numerous vehicles and objects. This makes the gameplay incredibly varied and fun for a long time," says Julian Mautner, CEO of stillalive studios. "We are very happy that we can finally offer the title on console." "Tycoon games like this are rather rare on consoles," says Winfried Diekmann, CEO of Aerosoft. "Rescue HQ - The Tycoon was very popular among PC gamers, this is why we are certain that it will also be a success on consoles."

Rescue HQ - The Tycoon is available in English and German with full audio dubbing. There are also versions in French, Italian, Spanish, Portuguese, Polish and Turkish included. Find more informationen at aerosoft.com, on Facebook, Twitter, YouTube and Instagram.